A Conversation with Katrina: Part II 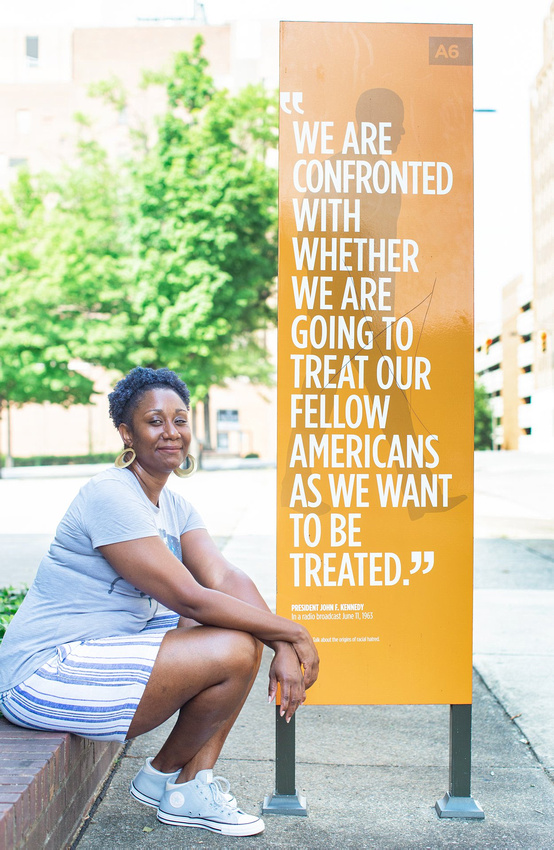 Katrina is a friend who kindly offered to sit down with me and share some of her story, her background growing up as a black woman in Alabama, and her perspectives on some of the racial questions our society has been asking today.
---
Me: So what would you say to someone who says they believe in a 'colorblind' society or, 'I don't see color,' or 'I don't see race'?

Katrina: My feelings on that are... that it's asinine. Okay. If I play devil's advocate and try to see from that viewpoint...I'll accept that and say we still need to defund, dismantle, change that system. How about that? That makes it easy. If this is a problem that is system-wide and it's all about the culture of brutality then, you know let's just...dismantle it, start it all over from scratch. (...) But still [to hear the suggestion that police aren't targeting black people] it hurts me just to hear it. Hearing it, I just have this, visceral, emotional response to that, it's really just like 'screw you'.

Me: Would you say they're just ignoring the ...numbers and the videos and all that kind of stuff?

Katrina: Yes. and those are the same kind of people that as soon as you see people dying on the street, George Floyd talking to his dead mother...they are still the people who go and find videos and find evidence, or find anything, that can discredit him to ... besmirch his character. As a way to make you feel better. To justify some stupid...justification for why it was okay to kill that person.
[referring to the mass shooters in las vegas, charlottetown, etc] Even the way those arrests go, when they're taken down--they're alive. They can take them alive.

Me: Do you think that it has always been like this and we are just seeing it happen more because people are recording more, with cell phones, etc?

Katrina: Yes. It's the same. It's been that way.
[Referencing police tactical, riot gear] That stuff costs hundreds and hundreds of dollars. They use that stuff..to fight off peaceful protesters.

Me: So, when people say 'defund the police', is that what people are talking about, do they mean cutting the budget for this unnecessary stuff? 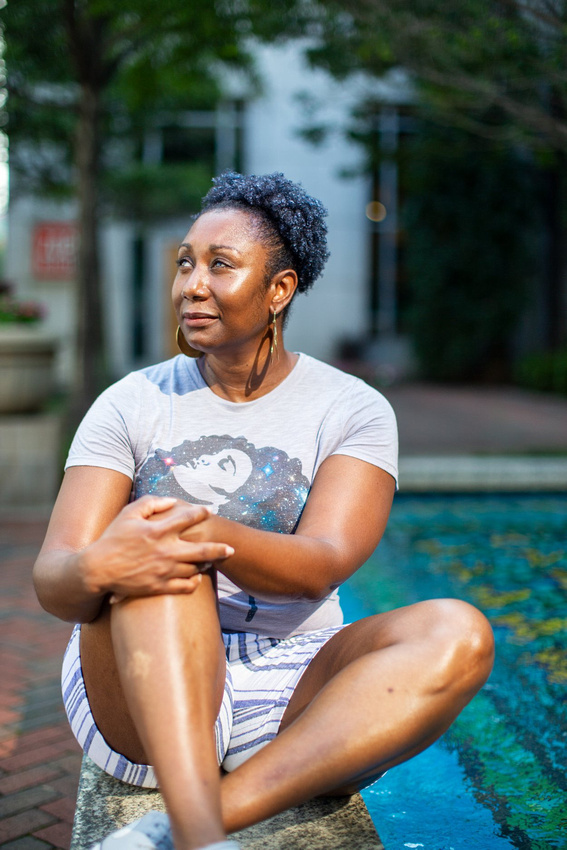 Katrina: When we view something as systemic racism or just 'racism' in general, I wanna go back to what I think that most people in society may view as 'racism', they're looking at--maybe, the 50's, the 60's, the civil rights movement, and they're thinking that maybe because they don't see public lynchings anymore...or maybe that because you don't hear people outwardly throwing out racial slurs...or you don't see them being discriminated against, seeing white-only bathrooms in restaurants or water fountains or...people being hosed down, children being hosed down as you saw in the civil rights movement...that that's where they're looking at, as far as well 'that part of racism doesn't exist anymore'. Even though to a lot of us in the black community those things do exist to us. They're just framed differently now. And systemically we're looking at things that are more insidious.

It's not the big neon flashing lights that you would have seen during those times...it's those small things, like equality as far as housing. The fact that for years a white person could go into a bank and get a loan for a house and a black person could not. Or...you may think that we are integrated now, but we're still very much still segregated. We're segregated in the way the communities are set up. You have that..."black" side of town. You have that, "you don't worship with people who do not look like you". Even in our friendships--the reason why some of this stuff is so polarized right now is because people do not have friends who do not look like them. [...] The way that the police system is set up to begin with--there's more policing in black neighborhoods. Do you feel as if that's okay? I don't. I'm not comfortable with that. I don't feel like just because of the color of my skin, that should dictate whether or not there should be a stronger police presence there. I don't think that it's okay in the world of banking to be denied loans just based on the color of their skin. I don't that it's okay that in our educational system that it's harder for certain individuals achieve a higher education--it's not because they're not as smart as the majority of Americans, because they are--but the system is set up now to where being able to achieve those goals--and have some of those tools in place, to help you be able to get a better job, to help you be able to live in certain communities, to just be safe in your own skin--those things aren't in place right now for black people. And that's all we're asking. It's not that we're saying that "black lives are more important than other lives"--No, we're saying that in order for all lives to matter, the lives that now are disproportionately snuffed out by the system--until they matter, then all lives aren't going to matter.

With all the disparities and all the systemic racism that's going on, it's a system-wide thing, but the way that we change that is not just with the entire system, you have to start with the individual, it's those small changes that each individual makes to shift, and to change, the problems that we have now. That's the best way to address this, is by the individual. But if you can't acknowledge the simple fact that it exists--then we're gonna continue to have the same problems. Small shifts--not asking for major changes. Just think about things.

---
The above is a transcript of an interview between Katrina & I. Katrina kindly accepted the opportunity to discuss some of her background and questions of race with me outside a coffee shop early Saturday morning.

I encourage my white friends to reach out to a black acquaintance and see if they would be open to having a similar conversation with you. Be prepared for them to say no, but be hopeful that they may say yes. Come and listen. You can use the same questions or format I used, if you like.